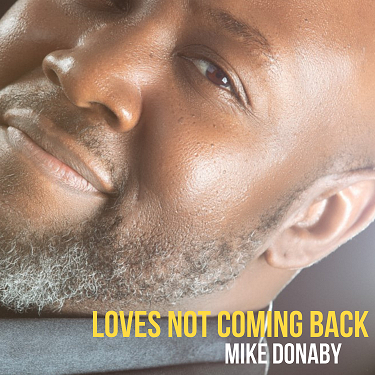 Mike Donaby is just a Creator of Music. Singer/Songwriter/Producer and Musician are just some of the titles associated over the years. Based in Chicago, Illinois his genres range from Soul Stepping R&B, Sultry Ballads to Contemporary Gospel.

Born and Raised in the Chicagoland area, Mike has performed locally since about 2009, at restaurants, venues and festivals in the genres of Jazz and Blues.

He has performed  with local and national talents such as George Freeman, Larry Frazier, Penny Jeffries and more. He has briefly worked as an organist at local churches.

His writing and recording career began in 1997 through a brief internship at Swell Pictures in Chicago, which led to a record production deal  with Toolman Music in Chicago. Leading to the release of "Go Bullistic" in 1998.  In 2012, an unfortunate  automobile accident forced amputation of a leg, Michael left live performance to rehabilitate,  and decided to began songwriting again. The accident did not take his ability to sing nor produce. With a new lease on life , Michael hopes to inspire the  world with his music and his life's testimony.

Some of his musical influence include,  Bobby Womack, Freddie Jackson and Tyrone Davis.

The current EP (5) songs, "Loves Not Coming Back" is a story of Love Lost and the ability to recover. Tunes Like "The Midnight Hour", "Loves Not Coming Back" and "Find Some Loose Some" speak of love resolved. "We Used To Be Cool" of comradery dissolved, and "When He Calls Us Home" of the loss of a loved one. A little Soul, R&B and a hint of Gospel with that old school flavor.